Zookeepers at the Czech Republic had a problem when they couldn’t find a way to feed a baby bird. The chick was a critically endangered Javan green magpie, and it was very important to feed it to keep it alive. Thankfully, the zookeepers found a clever way of feeding the chick by using a puppet that mimicked the parent of the bird. 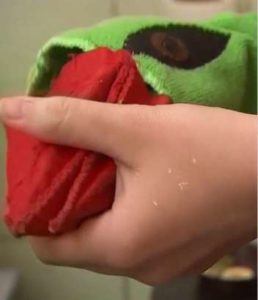 The magpie chick hatched a month ago at the Prague zoo. The egg had fallen out of the nest and the parents had replaced it with another one. So the egg was kept in a box until it hatched. After having trouble feeding the bird, they found success in using a puppet that imitated an adult magpie. The puppet isn’t an exact match for the parent, but the chick will respond to certain signals such as a red beak, black patches and bright green background. 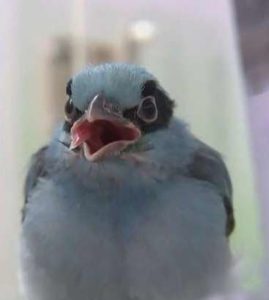 Antonin Vaidl, the zoo bird keeper, said that the puppet is used to make sure that the bird is capable of feeding and also so that it won’t be dependent on people for food. Green magpies are among the most endangered birds in the world. There are estimated to be less than 50 individuals living in the wild with less than 50 living in captivity in zoos.

The Chester Zoo in the UK brought six pairs of green magpies from Asia in 2015. They gave one pair to the Prague Zoo and another to a zoo in Jersey, England. This was part of a worldwide coordinated effort to save the species.