Young Man In Denmark Runs and Owns His Own Zoo

24-year old Nikolai Ankergren is at an age where he should be enjoying life and spending time with his peers and friends. But Andkergren would rather be with 600 different kinds of animals. That’s the kind of company he keeps as he spends most of his time working on his zoo. Ankergren, along with his family, owns the zoo and animal rescue center in Denmark. 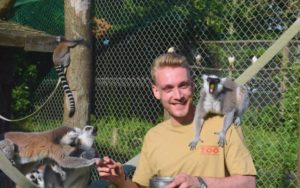 Ankergren’s parents always wanted to have a zoo or a sanctuary to help out animals. And so 20 years ago, his parents Jorgen and Joan opened the first zoo and rescue center for exotic animal. The zoo was more than just a tourist attraction. It a place where rescued exotic animals can be placed, and it is a sanctuary where the animals can be taken care of and where they can feel safe.

Sadly, a couple of years ago, Ankergren’s father lost his battle with cancer. So Nikolai decided to move back in with his mother and help out with the zoo. Not only did he want to ease the burden of his mom, but he genuinely believed in the cause that his parents started 20 years ago. Ankergren cares about the animals and cares about the zoo and the work that it is trying to do in rescuing animals and creating a place where exotic animals can call home. He also wants to fulfill his parents’ dream of making the zoo the largest animal rescue center in Europe. 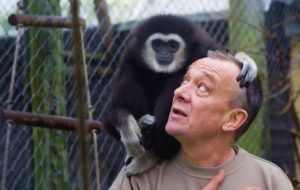 Ankergren is doing more than his fair share in keeping up the zoo. He also created an app that will help with the funding needed to keep the zoo running. Most of the proceeds of the app will go to the zoo, but it will also benefit other charity organizations. The app is mobile game called Rescue Wars Online and involves a lot of the animals that are also in the zoo.