A Walmart employee in Evans, Georgia has been making headlines lately because of his act of kindness towards an elderly customer. It all started when a customer collapsed in the store, and the employee at the store jumped to her aid. One of the other customers had captured his assistance on her phone and spread it on social media, where it quickly went viral.

The customer, an unnamed elderly woman, was walking through the Walmart when she suddenly felt nauseous. Another customer, Brittany McKee immediately went to help her because she thought that as a registered nurse, she would be able to aid the fallen woman. That’s when the manager of the store, Jason Lewis, approached the elderly woman and helped her up. Lewis lay down on the floor with the elderly woman and carefully helped her up so she could stand when the ambulance arrived. It was later revealed that the woman had been taking blood thinners and felt dizzy. 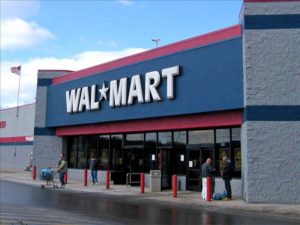 “This man, no questions asked, got down on the floor with this woman and supported her back so she could lean against him,” McKee wrote on social media. “He literally got down on the floor … not because he was asked to do it, he wasn’t, but because he wanted to.” Lewis not only helped up the elderly woman, but he also stayed with her for almost half an hour and talked about life. He never noticed McKee take a picture with her phone. The post has received over 130,000 shares in less than 24 hours in social media.