Earlier this week Yangervis Solarte, an infielder for the San Diego Padres of the MLB, had a home run in one of the regular season games. But the reason why it was such a significant and emotional moment for Solarte and the Padres was because he did it during the one-year anniversary of his wife’s passing. The home run was one of the longest of his career, around 443 feet out to left center field. It also helped the Padres win 4-3 against the Colorado Rockies. 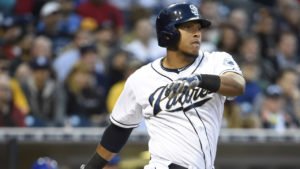 Solarte hit his homer in the top of the sixth inning. He delivered the hit on a slider from Colorado pitcher Chris Rusin. The home run was the 17th home run of the season for Solarte, who was emotional at being able to make a play on the anniversary of such a tragic event. It was a year ago when Solarte’s wife, Yuliette, passed away from complications with cancer. It was among the most heartbreaking stories of the 2016 season. The Padres organization and its players rallied around Solarte while he was away from the team. 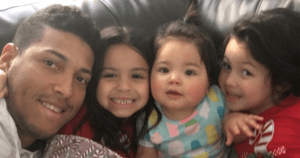 It was during his absence that most players paid tribute to Solarte and his family. Former teammate Adam Rosales mimicked Soalarte’s signature home run celebration a day after Yuliette passed away. Solarte usually celebrates by pointing towards the heavens then jumping up and clapping his hands together. It was a celebration that he did when he hit the home run earlier this week. Â When Solarte returned to the team after a few weeks, he was greeted warmly by the team and by the fans. It was one of the most emotional and inspirational times of the MLB season.