There have been spectacular and unique places around all over the world where peopleÂ can sit back andÂ relax and enjoy a spectacular view or environment. There have been lounges on top of mountains, inside an ice cave, even infinity pools on top of skyscrapers. But this newest concept proposes an underwater lounge at the bottom of a cruise ship. This new lounge is going to be installed in the newest yacht of the French expedition cruise company Ponant. 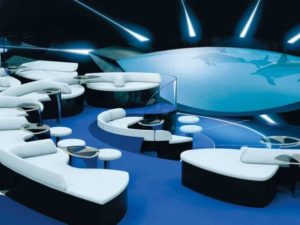 The underwater lounges will the first of its kind and the lounge will be called “Blue Eye”. These lounges will be featured in the new yacht line of Ponant. These four explorers will be called Le Chamlpain, Le Bougainville, Le Dumont-d’Urville, and Le Laperouse. All these yachts are scheduled to be released by 2018 and 2019. Each of these ships will have seven decks and 92 cabins that can accommodate close to 200 passengers. Each ship will also have resistance infinity pools, a sun deck, and a three position marina platform. 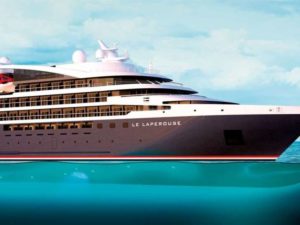 The lounges will be located at the underside of the ship, where there will be large portholes to allow people to look around and see the underwater. The lounge will also feature ocean sounds transmitted through hydrophones all over the ship, vibrating sofas, and projectors that will be capturing what is occurring underwater. The ships are scheduled to sail across several places including the Great Lakes, the Amazon, the Panama Canal, the Baltic Sea, the Indian Ocean, and the Great Barrier Reef. Prices have not yet been released, but this kind of luxury is expected to be expensive.