World’s Oldest Message in a Bottle Found in Beach

Earlier this week, the world’s oldest message in a bottle was discovered on a beach in Western Australia. The bottle and its contents were from 132 years ago, when it was thrown in the ocean by German scientists. The bottle was found in the sand by Tonya Illman at North Wedge Island, located 112 miles north of Perth. Illman was in the beach when her son’s car bogged down in the soft sand. That’s when she found the bottle. 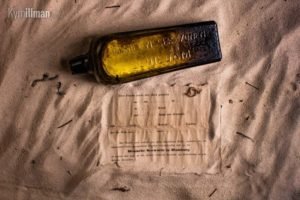 “My friend Grace Ricciardo and I were walking across the dunes when I saw something sticking out of the sand so I went to take a closer look,” said Mrs. Illman, “It just looked like a lovely old bottle so I picked it up thinking it might look good in my bookcase. My son’s girlfriend was the one who discovered the note when she went to tip the sand out.”

When Ilman took the note home, she noticed that the message was in printed form in German. Her husband Kym did a little bit or research and discovered that the form was dated June 12, 1886. It was part of a German oceanographic experiment. The bottle had been tossed out form a German ship called “Paula” as part of a drift bottle experiment to study ocean currents. 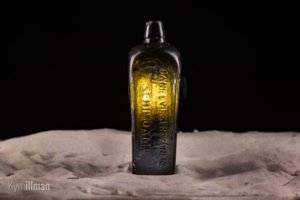 Thousands of bottles were thrown overboard from the ships as part of research. So far only 662 messages were returned to the base in Hamburg. The Illmans took the message and its bottle to the Western Australian Museum, where experts confirmed the date of the bottle. It was also confirmed that their find broke the record for the oldest message in the bottle ever found. It was discovered 590 miles from where it was thrown and picked up 132 years later. The Illmans loaned the bottle and the message to the Western Australian Museum to display.