Earlier this week, archaeologists uncovered what could well be the world’s oldest known brewery. The excavation site was located in Israel and could date back as far back as 13,000 years ago. The site, called the Raqefet Cave was used as a burial site by the Natufians, a group of semi-nomadic people who were also responsible for the world’s oldest known bread. The bread was discovered in Jordan earlier this year. 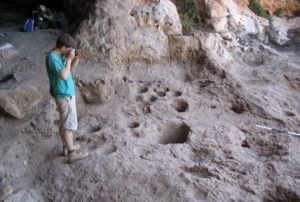 Beer was believed to be just a by-product of making bread, but archaeologists say that that is not always the case. Researchers believe that beer may also have been served during rituals and feasts to venerate the dead or enhance social relationships. The research about the beer was published in the Journal of Archaeological Science: Reports.

“We did not set out to find alcohol in the stone mortars, but just wanted to investigate what plant foods people may have consumed because very little data was available in the archaeological record,” said Li Liu, a professor of Chinese archaeology at Stanford. The research also theorizes that beer brewing could have inspired the Natifians to cultivate cereals. But it is still not known whether the beer or the bread came first. 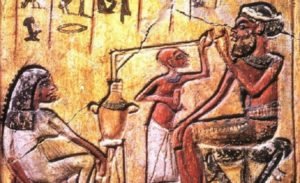 The mortars that were dug into the cave floor were reportedly used for storing and pounding wheat and barley, as well as brewing beer. The beer at the time would be completely different from the beer we know today. Not only would their brew be significantly weaker in alcohol content, but it would have a different consistency. It would have gruel-like consistency similar to porridge or oatmeal.