Child with Bike Child is Given His Own Parking Spot

When Christie Dietz would go to work, she would take her 4-year old son with her. His son would ride his bike to her place of employment and then he would park his bicycle at a nearby lamppost. He was been parking there every day for almost an entire year. Then on Monday, Dietz found that the spot has been reserved just for her son and his bike. An unknown stranger had taken the time to create a parking sign sticker that had a picture of her son’s green bicycle. 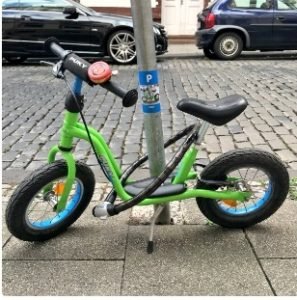 “My son has parked his bike by this lamppost just about every day for the last year. This morning, this sticker had appeared. It absolutely made our day. People can be so brilliant. Thank you, whoever did it,” Dietz wrote on Twitter. So far the tweet of Dietz has been shared and retweeted thousands of times. It also has more than 260,000 likes. Several people have commented on how adorable the sign is, and even more people have commended the anonymous person on the act of kindness. 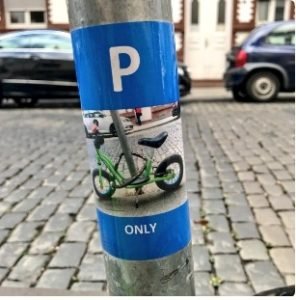 Dietz also said that she has written a thank you note and she plans to leave it at her son’s reserved parking space. She hopes that the note gets back to whoever created the sign for her little boy. “It makes me so very happy that this one person’s lovely deed has made so many people smile,” Dietz said. Dietz also says that she is thankful for everyone that shared her story on social media.