Candidates named Hitler and Lenin face off in Election

A man by the name of Lenin is running for mayor in a town in the Andes called Yungar. But while you may think that is unfortunate, he is actually running against a man that is named Hitler. Lennin Vladimir Rodriguez Valverde is running against Hitler Alba Sanchez. The question that comes to mind when you hear these names is why would their parents name their kids after such terrible historical figures? But you get to understand them better when you learn about their country of origin. 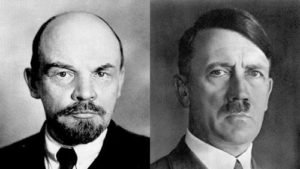 According to Hitler Sanchez, his father was unaware of Adolf Hitler when naming him. Although Sanchez learned about his namesake through history, he decided to embrace it instead of hiding it or changing it. It turns out that in Peru and several other Latin American countries, it is actually customary for parents to choose exotic-sounding names for their children. Most of the time, they just ignore the negative associations of the names in other parts of the world. Just last year a member of Peru’s national football team was named Osama Vinladen. 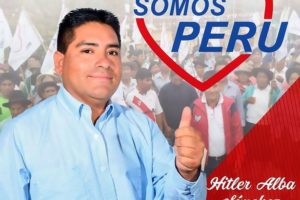 Alba Sanchez is hoping for new term as mayor and has posted posters such as “Hitler returns” and “Hitler with the people”. He has declared himself to be the good Hitler and rejects everything the Nazi dictator stood for. Alba Sanchez’s campaign was actually blocked by Valverde, who had objections over the inscription as a candidate. But the block attempts were rejected by electoral authorities, and so incredibly, both Lennin and Hitler will be up for election next month.