Historians and archaeologists in Middle East have recently discovered what could be the world’s oldest bread. A research group had recently found blackened crumbs at an ancient stone building. It indicated that people could have been baking bread thousands of years earlier than what people thought. Based on the carbon dating of the charred crumbs, the scraps could be around 14,400 years old. That’s 4,000 years before agriculture emerged. 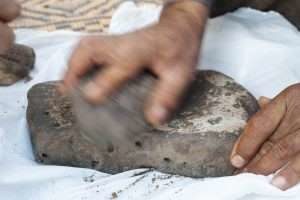 “Our work shows that bread was not a product of settled, complex societies but a Paleolithic hunter-gatherer society,” said Amaia Arranz Otaegui, a postdoctoral researcher at the University of Copenhagen and the study’s author. Bread is an important part of our food history. Despite only requiring a few ingredients, flour, water and hear, bread it actually very nutritious. The finer the wheat, the easier it is to digest and absorb nutrients. 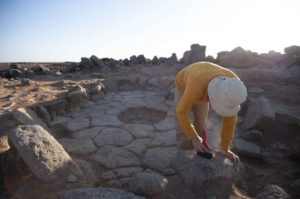 The bread remains were found in sediment samples at a site called Shubayga 1 in Jordan. The structure was oval shaped with a fireplace in the center. Its builders also carefully placed stones into the ground. It was not clear if it was a dwelling or a ceremonial place. When they sifted through the sediment, they noticed the crumbs. It did not look like seeds or nuts or wood. It looked like crumbs that accumulate at the bottom of a toaster.

“The main criteria on the identification of bread are its porous texture,” Arranz Otaegui said. “If we take other foodstuffs like porridge or gruel, we will see pieces of grain but not all these micro-pores.” She said the closest common bread to these crumbs might be pita bread or tortillas.