When it comes to public service, most officials leave their term not expecting a thank you from the people that they served. But one historical figure from Ireland did such a good job that he was the recipient of the world’s longest thank you note. The note was written in the 19th century but it has survived to modern times and it is considered to one of the most important documents in Irish history. 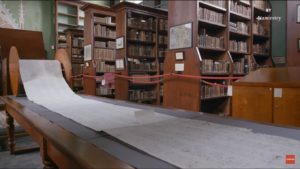 The public official was Lord Viscount Morpeth of Ireland. He retired as chief secretary for Ireland in 1841. At his retirement, citizens got together and wrote him a thank you note and collected all the signatures that they could. The document, which is now known as the Morpeth Roll, is made up of around 270,000 signatures written on a scroll that is 420 meters in length. When the scroll is fully unfurled, it is longer than the Empire State Building. 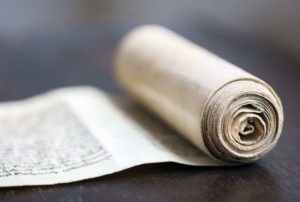 Aside from being the longest document of its kind, the Morpeth roll is also a glimpse into a time in Irish history. Most of the documents from this period of time has been lost or destroyed due to civil war or the Great Famine. The scroll was able to survive for so long because it was kept around a spool in a box at Castle Howard in Yorkshire. The pages have since been digitized so that researchers can study the contents without causing damage. The scroll has become an important resource for tracing Irish ancestry.