Juan Pedro Franco was once the world’s heaviest man. At his heaviest, he weighed an alarming 595 kilograms. It was a dangerous weight that endangered his life. He decided it was time for a change. And one of the most effective measures for this was gastric bypass surgery. But before he could be eligible for the surgery, he had to get rid of a lot of weight and lose mass. The operation will change the way his digestive system works in order for him to lose a lot of weight in a short amount of time. The procedure will be followed up by another operation, according to the chief surgeon Jose Castaneda. 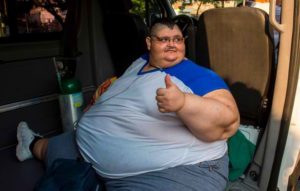 “The surgery was quite successful. But now we have to wait and see how he responds to the systemic change. Let’s hope everything goes well,” said Castaneda. According to the doctors, the procedure left Franco quite delicate and he had to be closely monitored. Aside from losing a lot weight, Franco also had to get his blood pressure and his diabetes under control. The doctors were pleased with the progress that Franco has made in a few years. At the pinnacle of his weight, Franco could only lie in bed. 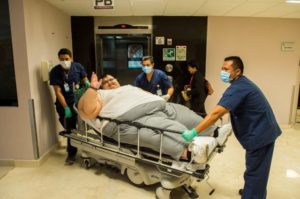 The procedure that was done of Franco reduced his stomach and modified his intestines. Franco has to adjust to a few things including a very strict diet. But aside from that, patients that undergo this process will also have to progress mentally and psychologically. Mexico’s own Manuel Uribe was the previous holder of the world’s heaviest man at 597, but sadly, he passed away late last year.