Shaesta Waiz is the first female certified civilian pilot from Afghanistan. That in itself is a lifetime achievement, but Waiz hasn’t settled just yet. Waiz plans to become the youngest pilot ever to fly solo around the world. Shaesta Waiz has been preparing for months for the flight that will take her around the world, and the trip starts this week, starting with a leg that would cross the mighty Atlantic Ocean. 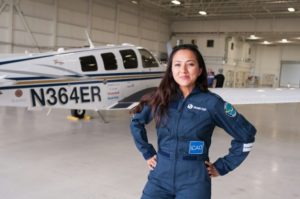 The 29-year old Waiz was born in a refugee camp at the end of the war between Afghanistan and the Soviet Union. Shortly after she was born, her family immigrated to the United States. It was in this new land that she discovered she had a love for flying. It was also in the States that she earned her pilots license, becoming the youngest certified civilian female pilot from Afghanistan. Waiz’s trip will start in Daytona, Florida and will take her Beechcraft Bonanza A36 plane to 18 countries and four continents. Her flight includes stops in Spain, India, Singapore, and Australia. The entire trip will last almost three months. 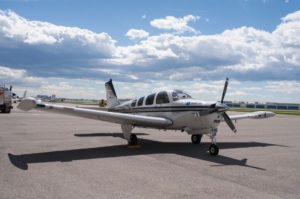 “When I found my passion — flying — that’s when I started to challenge myself. I started to read. I started to do better in maths. I started to look at the world differently, the sky differently,” Waiz said in a stop in Montreal, Canada.”What’s important is finding your passion and going after it.” She hopes her flight and journey will serve as inspiration for many other kids to take interest in flight and aeronautics.