Six months ago, a girl was born with a large mop of hair. It was so big that she could very well have been the world’s hairiest baby. But now this baby is using her hair as a claim to fame on social media. The baby, named Chanco, has already become an online sensation. She already has an Instagram account with more than 70,000 followers. 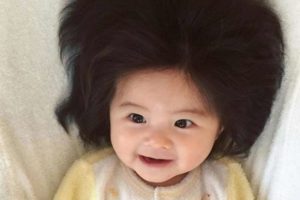 Baby Chanco was born in Japan in December of last year. Her parents were shocked when their baby had a full head of hair. And it has only grown more since then. Her Instagram account shows her hair being styled and cut at an age when most babies don’t even have that much hair. Chanco and her parents have been sharing the videos and pictures since May, and she has gotten a massive following on social media.

Among the many pictures and videos that they have posted shows the baby in various poses and costumes. All of which are highlighted by her long locks of hair. They even try to emphasize her hair with several accessories such as clips, ribbons and ties. The latest post is a video showing Chanco getting yet another haircut as she is being held by her mother. In just a few hours, the video already garnered over 10,000 likes. 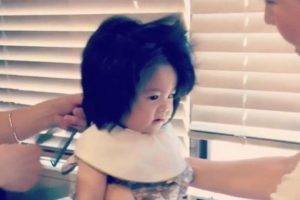 But this isn’t anything new. Most of baby Chanco’s posts have thousands of liked from her massive online following. People are just amazed at Chanco and her lovely hair. It is still amazing how such a young baby has so much hair on her head.