Graziella Puleo brought her dog to the groomer’s expecting the pooch to return with a buzz cut, clean teeth, trimmed nails, and clean ears. Instead, she received a very confusing surprise.

Puleo booked an appointment for Lola, a Golden Retriever and poodle mix, at the Amores Pet Salon Sog Grooming Say Care Boarding Spa. “I heard about the groomers through a friend of a friend who takes their dog there,” she said. “Before taking Lola there, I searched up the place and found all their great reviews.” 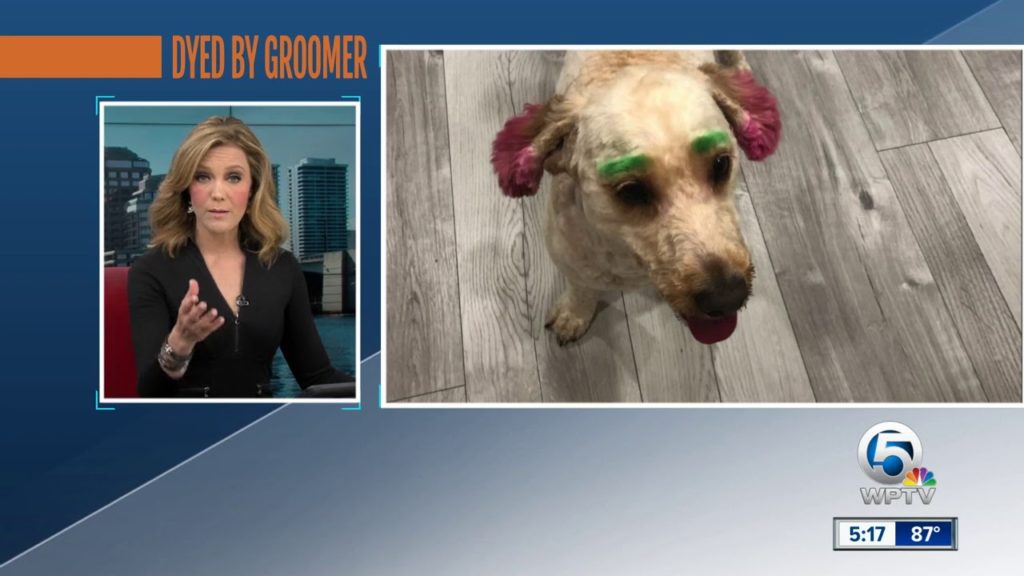 Around 2:30 P.M., Puleo messaged the groomer asking when Lola would be dropped off at her house. The groomer said 6 P.M. Around 6:48 P.M., Puleo inquired as to Lola’s whereabouts, and the groomer replied that Puleo would have to pick Lola up because her car had broken down.

Because Puleo had to take her mother home from the hospital, she didn’t make it there until almost 8 P.M., which is when she saw Lola for the first time since dropping her off that morning.

The dog’s nails were not clipped and her teeth were not cleaned. Instead, she had dyed pink ears and green eyebrows. 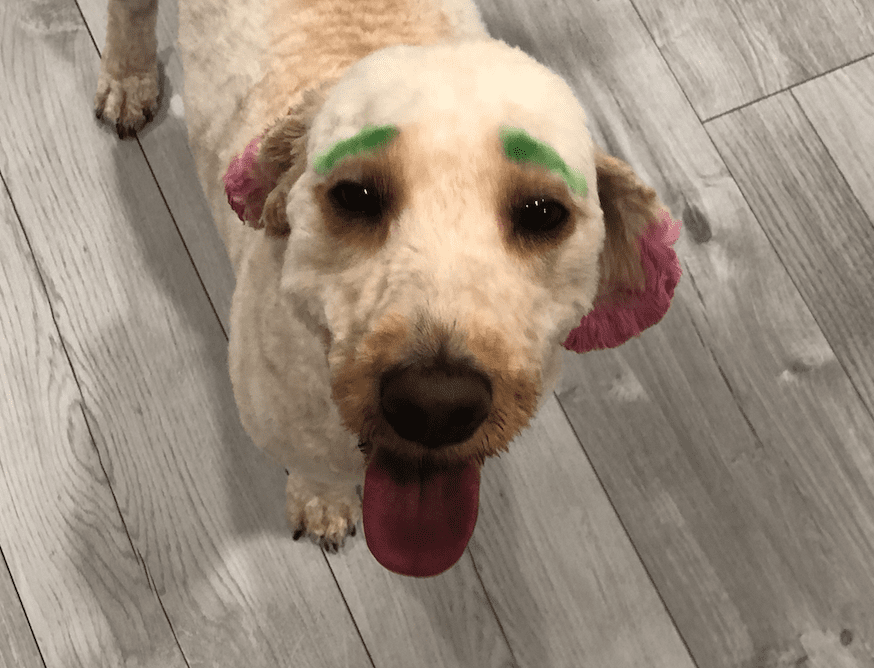 When Puleo asked why Lola had been dyed, the groomer said she felt the dog was “missing something.” She offered to take it off but Puleo declined, wanting to go home. Unfortunately, soon afterward, Lola contracted an infection from an open wound she sustained at the groomers.

Lola’s fur is still dyed. The vet says it cannot be removed and will have to grow out on its own.