One lifestyle blogger made a controversial choice that has sparked outrage and confusion.

Tiffany Mitchell, an Instagram influencer with over 211,000 followers, assured her audience that she “would never turn a very important personal story like this into a brand campaign.” 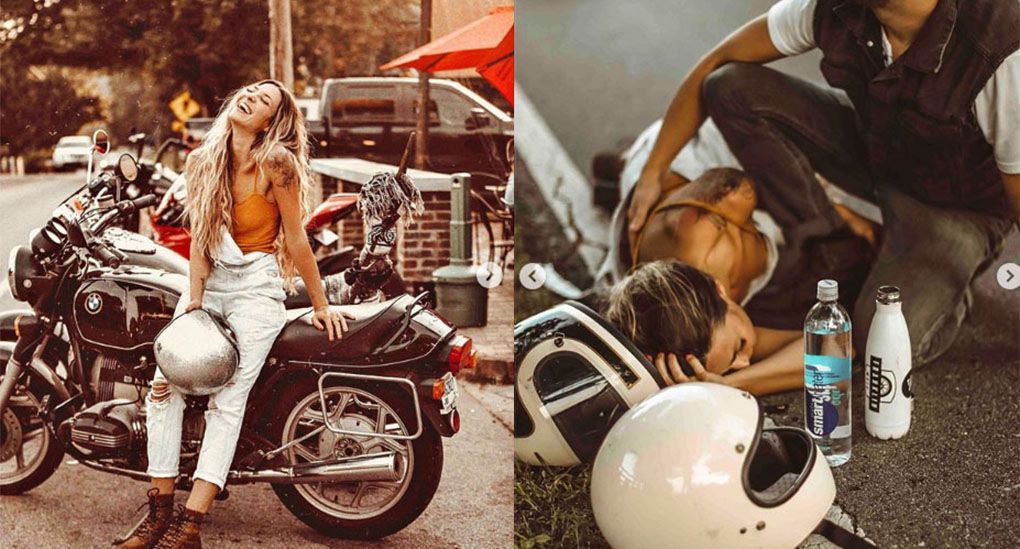 However, people are taking her decision to post photos of herself during a motorcycle accident as a marketing attempt.

In one of the photos, Mitchell can be seen lying next to a bottle of SmartWater. Amongst the well-wishes, comments were also accusing Mitchell of profiting off the accident or staging it entirely.

“This must have been super scary and I’m glad you’re okay, but… if my friend continued to take photos while I was lying semi-unconscious in the road, I’d be furious,” one commenter wrote. “I love your photos but it’s a little weird to include those.” 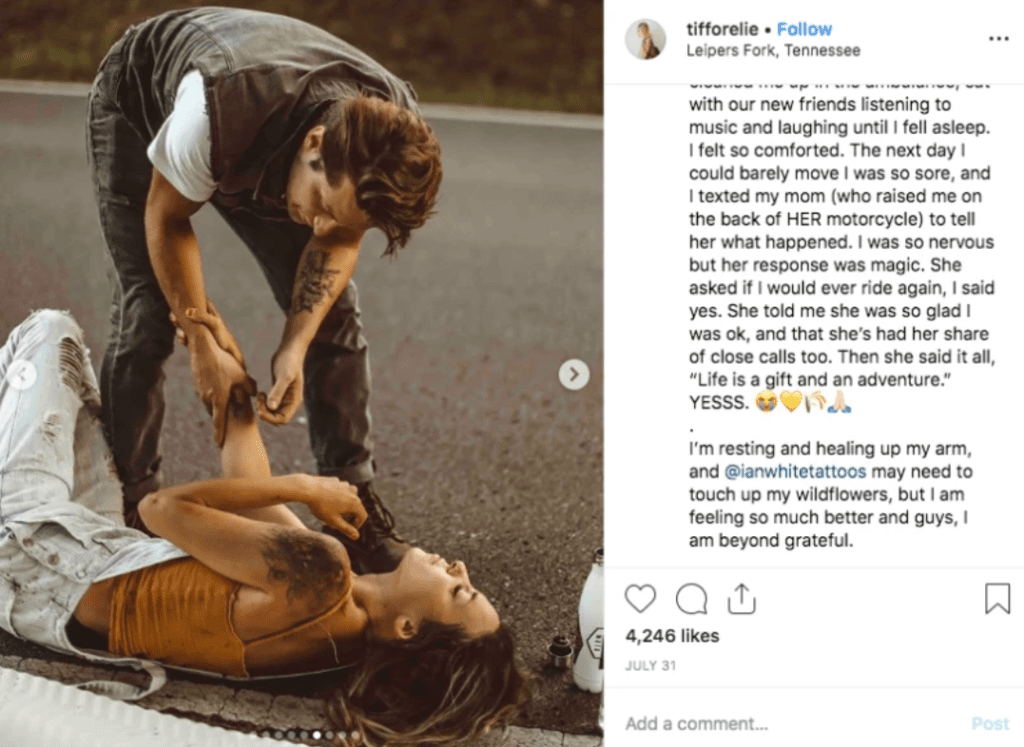 Mitchell is insisting that the photos aren’t staged. “I didn’t know she was taking them, but later on when she showed them to me I was so grateful that she captured such an intense moment for me,” she said.

She maintains that her decision to post the photos was rooted in good intentions.“I’m really sad that raising this topic without all the context may inspire negativity and hatred, but I did my best and hope whatever happens can add to people’s lives in some way.”