There is a difference between a house and a home. A house is simply a structure or a building that you live in. A home is where you feel safe and where you feel most yourself at the end of the day. And as the saying goes, home is where the heart is. In Dublin, Ireland, a 70-year old woman took this to heart when she decided to voluntarily move out of her 4-bedroom home to live in a smaller apartment. She did this so that a bigger family could use the family-sized house. 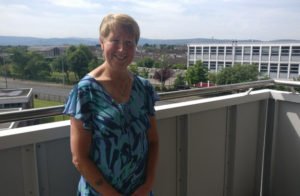 Ann Uzell was living in a 4-bedroom house for 40 years and she was well within her rights to keep that house. But she realized that the house would be better fit for a large family that really needed it. So two years ago she made the decision to give up her home and move to a smaller apartment. Although Uzell said that she would miss her home, she was ready to move on and make new memories in her new place. A home, after all is where you make it. This way, she would be able to enjoy a more suitable sized house and still be able to give back to a family in need. 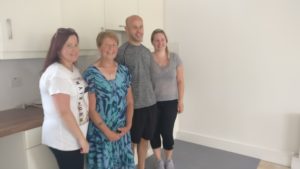 “I think it’s nice to be able to give a young family a start in life,” said Ann, “I don’t think you should have a big house if you’re on your own. I kind of felt guilty living in a big house on my own. Everyone’s been saying to me ‘don’t give it back.’ I kept saying ‘it’s only a house at the end of the day.'”