He Proposed in Preschool and Married Her 20 Years Later

Matt Grodsky and Laura Scheel have a very unique love story. They have a very rich history that goes back all the way to preschool. Scheel and Grodksy were in the same preschool in Phoenix where they would chase each other around and stay together most of the time, even during nap time. It was also during this time that Matt got up in front of the class and declared his undying love for his best friend Laura. 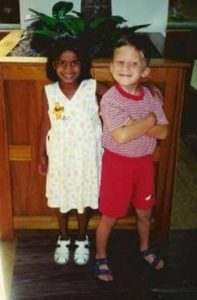 Laura remembers Matt being such a goofball in school, but she does remember spending most of her time with him. Matt remembers trying his best to impress Laura, even at such a young age. The two would eventually go on to different elementary schools and eventually lost touch. Then in high school a mutual friend was able to connect these two old friends together. Despite attending different high schools, they were able to communicate through text. 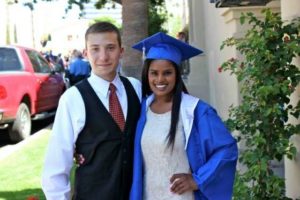 In just two weeks of dating, the two became a couple all the way to high school graduation. They attended different colleges in different states, but they were able to stay together through it all. Then in 2015, Matt had an impulsive idea to visit the preschool where they met with Laura. She thought they were going there to celebrate finishing their junior year of college. On the same spot where Matt used to chase Laura as kids, he dropped down to one knee and asked her to be his wife. Laura was surprised but happily said yes. The couple tied the knot in December of 2016. 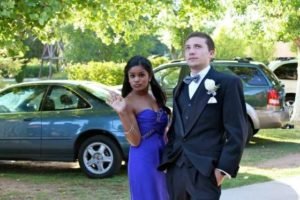