Two years ago, a student at Iowa State University named Madison O’Neill posted a public request on her twitter page asking for a last minute date to a wedding the next day. After just a few hours, Chuck Dohrmann, a guy who she always thought was an obnoxious jerk from high school sent her a message that he was willing to be her date. How did the date go? Well, last week, the Chuck proposed to Madison, and she said yes. 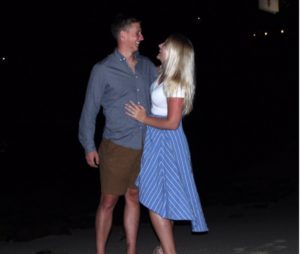 O’Neill’s original twitter post read: “So hmu (hit me up) if you wanna be my date to a wedding tomorrow,” with 13 smileys. Chuck responded just a few hours later with a message that said: “Dude I’ll be your date to a wedding! When is it?” It was the next day, and he was in. With their engagement, O’Neill once again took to twitter to tell their story. “Crazy how things work out,” she tweeted. The story quickly went viral. Several people sent in messages and comments asking for more details of the romantic relationship. Madison was happy to answer the questions. 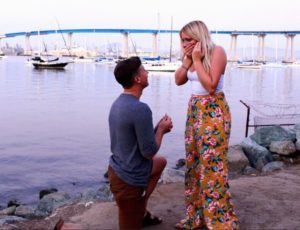 “We went to the same high school but he was a grade older and I always thought he was obnoxious,” Madison explained. “But we didn’t actually know each other.” On his own Twitter account, Chuck added a few details about that fateful date: “Also for the record I called in sick at work to go to the wedding.” Madison said Chuck lives in San Diego and that she will be moving there next summer.