A clothing drive was recently held it Texas to help students that were affected by Hurricane Harvey get clothes for their upcoming homecoming dance. Several high school girls came out in droves to find dresses that would be suitable for their upcoming high school homecoming. Most of these students lost almost everything they owned when the hurricane hit the state earlier last month. It could not come at a worst time as high schools are now just gearing up for the biggest dance in high school. 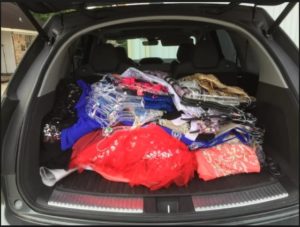 The donation drive was started by 15-year old Ashley Reel of Dallas. She organized a social media campaign for schools that were affected by the hurricane. According to Reel, she thought she would be able to receive donations from a couple of girls in the state. Instead she received more than 3,000 dresses and clothes from people all over the nation. Not only were the girls welcome to get any dress they wanted, they were also helped by a few volunteers who would help them find the right gown. 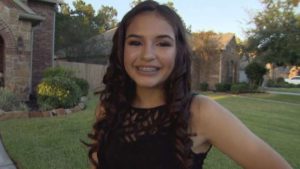 Among those that benefited from the clothing drive is Carissa Villareal from Houston. Her homecoming dance is just a few days away and she had nothing to wear. Most of her clothes were swept away by the hurricane. According to Villareal’s mother, Rosa, she threw everything she owned on top of her bed hoping the water level would not reach that height. Unfortunately the waters did, and it swept away most of her clothes and belongings. But now Villareal was able to find the perfect dress to wear to homecoming thanks to the generosity of strangers.