Beauty vlogger Amber Scholl recently went viral when she posted pictures of how she was able to make a designer gown out of everyday trash bags. Scholl says she was inspired after she received comments on her YouTube channel that she could probably wear a trash bag and still look good. It started as a joke, but it eventually became a challenge that she wanted to complete. 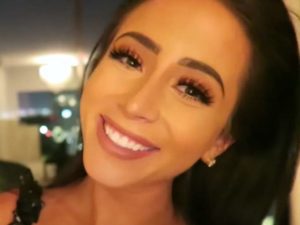 Scholl used trash bags, tape, and glue to make several dark roses. She also used common supplies like scissors and measuring tape. She then attached each rose to a black body suit, and a black tulle skirt. The entire process took more than 6 hours to make. Scholl says she was surprised with the result and she encourages people to get inspire and create their own DIY project like the one she just made. She posted the entire process on social media, where it quickly went viral. 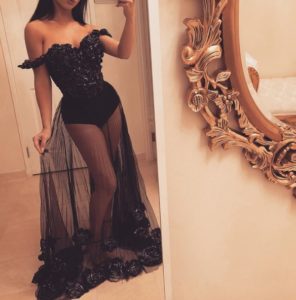 “My subscribers are always commenting that ‘I could probably rock a trash bag and make it look good,’ so I thought I would take it literally and see if I could do it,” said Scholl. She also said that conceptualizing the dress and the design of the trash bag was the hardest part of the project because she wanted the dress to look like a real dress and something that would be called real fashion.

“I spent almost three hours just sitting around trying different things seeing what I could come up with until I finally thought of the rose idea,” said Scholl. “Being creative is so fun and much easier than you might think,” she added, “Go to your local craft store and see what inspires you â€” glue and scissors can go a long way if you believe in your vision!”