When it comes to pregnancy reveals, we have seen some hilarious and creative ways that mothers announce their pregnanciesÂ to their husbands, friends, and families. Most of these announcements and reveals have even gone viral. But with this couple, they decided to break the news to their parents in a special way with the use of a family inside joke and a big birthday cake. 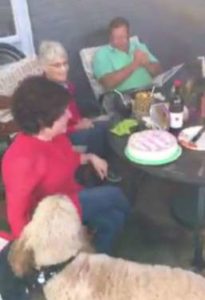 Hillary Hinrichs and her husband Derek knew they were expecting when they planned to break the news to the family at a birthday gathering. Hinrichs’ mom Terry Overfelt was celebrating her birthday and a few other relatives had gone to their home town in St. Louis, Missouri to celebrate other birthdays. Hinrichs decided it was the perfect time to reveal to the family that she was expecting. So when it was time to bring out the cake it read: “Happy birthday ya stupid lookin’ grandma.” 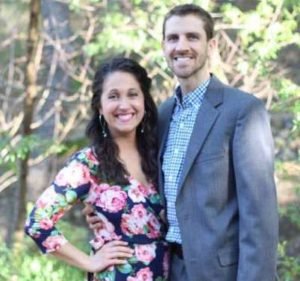 While the message may seem crude, it was actually a family inside joke. The family is known for making sarcastic jokes, especially during family gatherings. According to Hinrichs, her mother was the first to put things together, especially when she saw the word “grandma”. There was a moment of disbelief in the video taken, followed by several family members being overcome with emotion at the news of the newest member of the family. The baby is expected to join the family in the first week of November, where she is sure to receive a very unique cake of his/her own.