In India, there were more than one and half million volunteers that participated in a record breaking tree planting operation. In just a little over 12 hours, 66.3 million trees were planted along the banks of the Narmada River. The river was located in the state of Madhya Pradesh in central northern India. The tree planting operation was a coordinated effort that involved local and national organizations to contribute to reversing the climate change in the region. 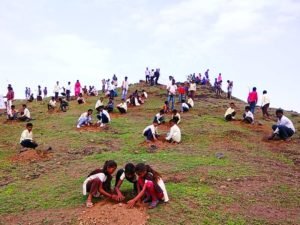 According to the chief minister of that state, Shivraj Singh Chouhan, the efforts were historic and made for a groundbreaking day. He said that by planting trees, they were not only serving Madhya Pradesh, but also the world at large. In fact, just last year, volunteers that were in Uttar Pradesh state set the previous record for planting trees in one day. They were able to plant more than 50 million trees in their state. Aside from India, other nations have also been taking steps in reforestation to reduce climate change and decrease carbon dioxide emissions. 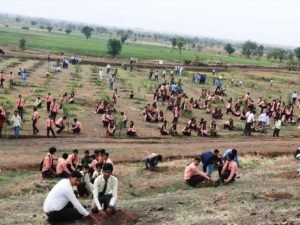 Aside from local media, there were also observers from the Guinness World Records that monitored the progress of the plantation. According to them, the plantation went well and the organizers are expecting to find confirmation of the broken record in the next few weeks. India has been one of the largest contributors of carbon emissions.Â  But the country has committed to increasing its forest lands by five million hectares before 2030. These terms were agreed upon at the Paris Agreement that was held in 2015.