In Kentucky, a doctor had come in to the hospital to deliver her second child. But as Dr. Amanda Hess was preparing to have her labor induced, she saw that the hospital staff needed some help. Hess overheard nurses preparing a woman in active labor who needed to deliver her baby because her child was in distress. So Hess stepped up and helped in safely delivering the baby. The irony was that in just a few minutes after making the delivery, contractions started on Dr. Hess as well. 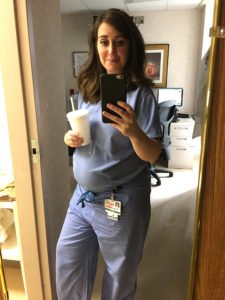 According to Hess, she heard that the patient’s own doctor was on the way, but the emergency delivery needed to be performed as soon as possible to save both the mother and the baby. So she ‘put another gown on to cover my backside, put some splash boots on over my flip flops’. Hess is an OBGYN and she was familiar with the procedure needed to make sure the baby and the mother had a safe and smooth delivery. 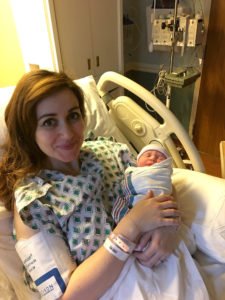 “I had actually taken a call the day before, so I thought really that I was working up to the last minute. But this was literally ’til the last second,” said Hess. “Delivering other peoples’ babies is something I do every day, and I’m more comfortable with delivering someone else’s baby than my own, for sure.” The patient, Leah Halliday Johnson, later said that she didn’t realize that Hess was in labor as she delivered her baby. Johnson’s husband also remarked later that he noticed that Doctor Hess was also wearing a hospital patient gown.