One of the most common themes in social media has been women posting photos of their hand with an engagement ring to announce that they have just been engaged. But this one woman has garnered online fame by posting pictures of her hand without a ring on Instagram. While some would say she is spoofing all the women that post about their engagement, she says it is mostly about celebrating her being single. 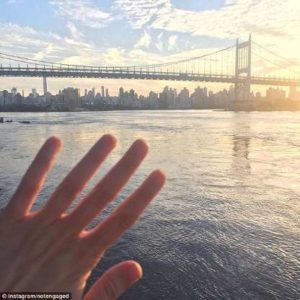 30-year old Mary McCarthy created the Instagram account @notengaged in 2016. It first started as a joke but it eventually became a popular account and she started to share pictures of her ring-less hand in various settings and backgrounds. It gained popularity and she quickly became a viral sensation. All of her photos make fun of the posts of people after getting engaged, showing their hand with an amazing background. 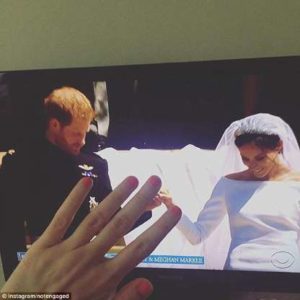 Mary is from New York City and she has taken pictures of her ring-less hand in several situations including mundane everyday things such as shopping, walking around New York, and enjoying a meal. Aside from her social media account Mary is also a writer, a comedian, and an actress. She also has a YouTube show called the Goodpie Girl. But it’s her “not engaged” profile that has the most attention with more than 37,000 followers.

“It’s basically how I’m living my life, and how I’m single and I have my own apartment and how single girls are doing just as fine as everybody else,” Mary said in an interview, “As jokesy and silly as it is, I try to skew it more to empowerment. Even though there’s the emoji with the huge tears streaming down.

“I have nothing against marriage or relationships. That’s not the message at all,” she explained in another interview. “No matter how you’re choosing your life to go, you’re doing it for yourself and that’s all that matters.”