A Florida woman named Yvette Quinn was casually taking out the trash one day when she stumbled on a few pictures and documents in the trash bin outside of a nearby house. Something peculiar had caught her eye. She moved in for a closer look and realized that these were photos and rare documents from the space age, when America and the rest of the world were only just discovering their abilities to travel into space. 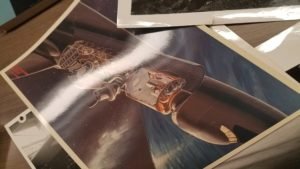 Quinn was quite familiar with some of the pictures because she was once an aviation electrician. When she realized what she saw, she scooped up all the pictures and documents and turned them over to a news station. According to Quinn, she was concerned about all the sensitive information just left out in the curb to be picked up with the trash. The news station has since donated the items to the American Space Museum, located in Titusville, Florida. 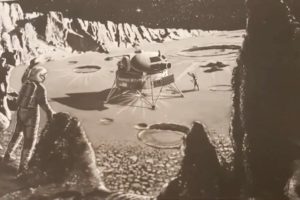 The documents that were discarded included notes and images from a variety of space age projects. This includes projects on early drones, early drawings of lunar modules, plans for the space shuttle, and notes on a Martian landing craft. Other items included in the documents also included a rare Gemini-Titan II press manual.Â  The documents were from the Martin Marietta Corporation, which was a company that specialized in aerospace engineering, chemistry, and electronics. They were one of the biggest manufacturers for NASA at the height of the space race. Martin then merged with Lockheed in 1996 and formed Lockheed Martin.