Earlier this week, a baby boy was born on board a Jet Airways flight. The baby was born prematurely and was welcomed into this world hundreds of miles in the air,Â somewhere between Damman, Saudi Arabia and Kochi. The flight was diverted to the nearby Mumbai after the mother went into premature labor. Luckily, the crew of the plane responded immediately, and there was even a trained paramedic among the passengers. The baby was successfully delivered before the plane landed in Mumbai.

The Boeing 737 landed safely in Mumbai, and the mother and her child were sent to a hospital where they could be checked. The baby was also the first mid-flight birth for Jet Airways. The India-based airline decided to award the newborn with a lifetime travel pass with the Jet Airways. This means that he could travel using Jet Airways for free, for the rest of his life. 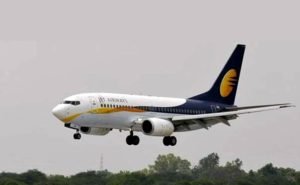 Awarding mid-flight babies with a lifetime free travel pass is not new, but it is not always done. There were 5 babies born on commercial flights last year, and none of them received the free ticket passes from their respective airlines. In fact, the last time an airline provided free lifetime tickets to a mid-flight born baby was in 2009, when a passenger on AirAsia gave birth on a 2-hour flight from Penang to Kuching. But most airlines still offer some rewards to babies born on their planes. Last year a baby born on a Virgin Atlantic flight was given free tickets until the age of 21.