Woman Discovers She Was Pregnant Half an Hour Before Giving Birth

In Ohio, a mother gave birth to a healthy baby boy. But this mom found out that she was pregnant a mere 30 minutes before giving birth. The mother is 23-year old Ally Opfer from Cleveland. She was hospitalized for what doctors believed were kidney stones. But after an ultrasound, it was revealed that the woman was not only pregnant, but she was already in labor. 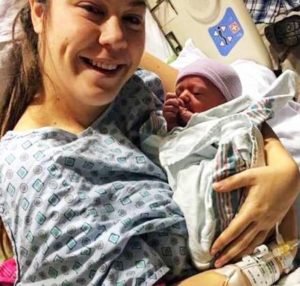 “I always loved babies and knew I wanted to be a mom one day,” said Opfer, “But not necessarily right then. I was shocked and didn’t really believe it. I didn’t realize how much I needed him until I had him.” Opfer gave birth to a healthy baby boy that she later named Oliver. It’s been a year since the birth of her son, but Opfer says that she and her family are still amazed at what transpired. 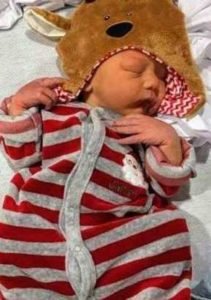 Opfer says that she has always had irregular periods. When she started to miss them for months, she didn’t think anything was wrong. She also took a few pregnancy tests but those came up negative. Ally was always on the heavy side of the scale and she must have thought that she was just gaining weight. Thankfully, Ally has never been a heavy drinker or smoker, but she did have a few deli meats and tuna during her unknown pregnancy (which are discouraged during pregnancy).

“I felt fine, I never started showing, everything was normal,” Opfer recalled, “It could be because the way I was carrying or the way my son was in my stomach. I’m not really sure why I didn’t show.”