Earlier this week, a pregnant woman walked into a grocery store in Fresno, California when she suddenly started to give birth. The expectant mother was a regular customer and was on her way to get a drink when her water broke and she started to get into labor. Luckily she was helped by the market’s staff, including the in-house butcher and the store owner. 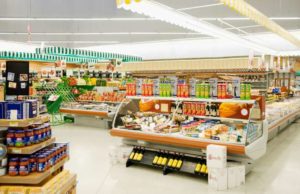 “I heard her scream, ‘Oh my God, I think I’m having my baby!’” said El Parian store owner Issamar Sepulveda. “It happened in like seconds.” Most of the staff tried to call 911 all of them were put on hold. That’s when Butcher Alberto Casias took off his apron and helped the woman give birth. Sepulveda also helped in helping deliver the baby.

Sepulveda was even the one who cut the umbilical cord which was wrapped around the baby’s neck. Â According to Sepulveda, she was shocked to see the chord wrapped around and quickly asked for a pair of scissors to cut it. Despite the quick action, the baby was started to look purple and cold. 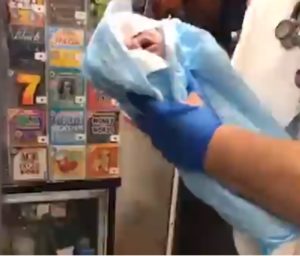 Luckily, it was also around the time that the ambulances started to show up. Paramedics took over and took the mother and the baby to the hospital, but not before Sepulveda shared a live video of the child through social media. Sepulveda said that the woman was a regular customer and she would often come to the store to buy food with food stamps. Sometimes, Sepulveda’s husband Damian would let her have some of the food when she didn’t have enough to cover for it.

Sepulveda later went to the hospital to visit the mother and son. According to her, both of them are healthy and doing well, and the 8-pound baby boy was named Toby.