Woman Carries Twins for Her Sister

Melissa Kayser has been trying to have a baby with her husband for three years. But after 9 miscarriages, numerous attempts at fertility treatments and IVF, her doctors recommended that the last viable option was to opt for surrogacy. That’s when her older sister Lisa Auten stepped in and offered to carry her baby for her. According to Lisa, she could not stand watching her little sister go through more suffering, and she wanted to help her and her family. 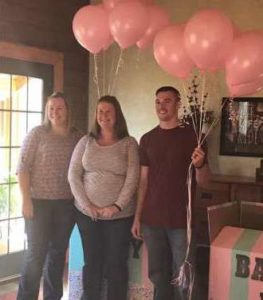 Melissa’s doctors recommended that Lisa take two embryos to be implanted, but no one expected that both of them would take, especially after the doctors said that the other embryo was not of the best quality. But after a few months since theÂ implantation, the doctors gave Lisa and Melissa the news that they were going to have twins. Lisa was happy to be able to experience pregnancy, because she claims she has no plans of having kids and is happy just being an aunt. 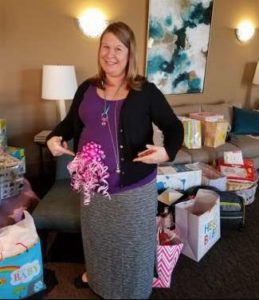 “I think we were all a little bit shocked. My sister was telling them to count again,” said Melissa. “My sister had a really good pregnancy and very little complications. I got to be at all the ultrasounds and got to feel the babies kick. We did a gender reveal and we tried to make things fun and memorable.” According to Melissa, she does not know how she will be able to repay her older sister for all that she has done for her and her family. The twins are two girls named Tierny and Ashlynn.