There are a lot of perks in being a professional athlete. Aside from having a sizable bank account, and fame and notoriety, you also get to travel comfortably. And so for Patrick Kane of the Chicago Blackhawks, that meant being able to travel in a plane with first class accommodations. But in his most recent flight, he decided to give up his first class seat and gave it to a uniformed serviceman instead. Even if that meant that he would have to move down to travelling coach. 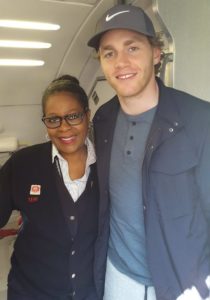 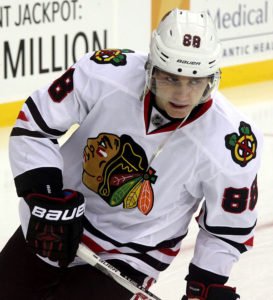 The flight attendant also mentioned that the serviceman appreciated the gesture by the hockey player and went back to the coach area during the flight to thank Kane personally. Kane has been a professional hockey player for the NFL for 10 years and is recognized as one of its most prolific stars. He won the Stanley Cup (the NHL championship) three times with the Chicago Blackhawks (2010, 2013, 2015), he has won the playoffs MVP in 2013, and he was the league’s scoring champion last season.