Wildlife Photo of the Year: Gorilla and her Savior

Earlier this week, the Natural History Museum announced its Wildlife Photo of the Year and the People’s Choice award. The winner was a picture of a gorilla hugging a man that had saved her life. In the picture, we see the grateful gorilla hugging a man inside the car. We also see the man holding the gorilla with a big smile on his face. The black and white photo captures the moment perfectly. 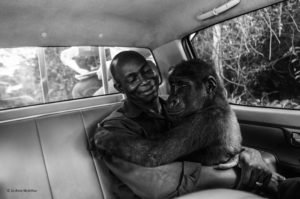 The picture was taken by Canadian photographer Jo-Anne McArthur. She took the picture in Cameroon. It was a picture of 6-year old gorilla named Pikin as she was being moved from one animal sanctuary to another. Pikin was orphaned as a baby after poachers had killed her mother. She was later rescued by the charity group called Ape Action Africa. Despite her rescue, Pikin will most probably be raised in captivity because of how young she was adopted into captivity. But there are several sanctuaries in the area to take her in. 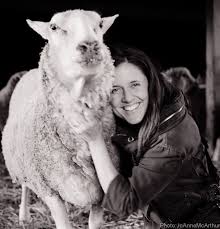 The photo taken by McArthur was of Pikin and her caretaker, Appolinaire Ndohoudou. The two had gotten close and would often travel together. The photo was chosen as the winner of photo of the year by the public. All in all, there were more than 50,000 photographs submitted for the annual Wildlife Photo of the year contest. The contest is hosted by the Natural History Museum in London. The winning photo was chosen by the staff at the Museum from a shortlist of 24 incredible shots.