When it comes to shopping for groceries, bringing a list just makes sense. Having a list to remind us of what we need to buy also ensures that we don’t forget anything. But for this Indian couple, they’ve taken their grocery list a little bit too serious. In a post that has gone viral, a young woman showed the meticulous grocery list she made for her husband. The list includes bullet points and even some diagrams. 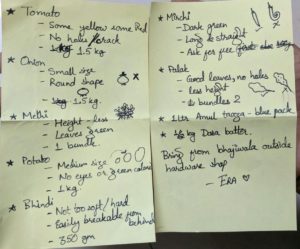 Era and Gaurav Golwalkar live in Pune, India. They take turns grocery shopping every other week. Era is a foodie who loves to eat, while her husband doesn’t really prioritize food so much. That is why when it is his turn to shop for the weekly groceries, she creates an elaborate grocery list that is often annotated and illustrated. This helps him in getting her the exact food that she wants from the grocery. A picture of the list was shared on social media where it quickly went viral. So far the picture has over 5,000 likes on Twitter. 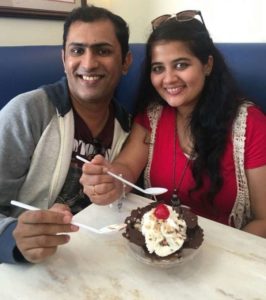 The list that was shown was very specific and asks for detailed parameters for items, especially vegetables. She asks for onions that are small in size and have a round shape, she also describes in detail what kind of chili peppers she wants her husband to purchase. Era is an artist, and so she doodled some illustrations on the list to show what specific shape and size she prefers. Era has also commented that she understands why some people are taken aback by the OCD-like preparation for grocery shopping, but she explained that her husband is actually okay with it.

“This is how we have been making our shopping lists for the last four to five months now,” Era explained. “It has been working well.”