Earlier this week, the Royal Caribbean canceled one of its cruises so that it could send a ship to Puerto Rico to help the victims of Hurricane Maria. The world class cruise line announced that it was cancelling its September 30 Adventure of the Seas cruise so that it can use the passenger vessel to instead pick up evacuees in Puerto Rico, St. Croix and St. Thomas. The cruise ship can carry close to 4,000 passengers. The evacuees will be dropped off in Fort Lauderdale, Florida. 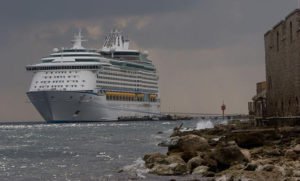 Aside from picking up the evacuees from these islands, the cruise liner is also using its heft to bring much needed goods and supplies to these countries. It will be carrying tons of water, medical supplies, and food on its way to Puerto Rico. Puerto Rico has been one of the hardest countries hit by recent hurricanes. The entire country is said to be without power and phone service signal, which could last a couple of months. 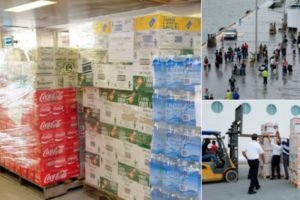 The Royal Caribbean cruise line is one of the biggest cruise lines in the world. It has 25 ships that offer cruises to several destinations, but most of their cruises are in and around the Caribbean area. The company was founded in 1968 and has headquarters in Miami, Florida. The cruise line tweeted about the ship’s arrival in the hurricane ravaged country. In the tweet they said:

“Adventure of the Seas arrived in San Juan to drop off supplies and pick up evacuees. Next up: St Thomas and St Croix.“