As a young student, Rhoda Knight Kalt would leave school at noon every Friday and spend the rest of her day with dinosaurs. She would spend her time at a museum with her grandfather, Charles R. Knight, who was an artists whose paintings of dinosaurs were used in displays and museums all over the country. A young Kalt would sit next to Knight at New York’s American Museum of Natural History as he sketched the fossils. Aside from the dinosaurs, Knight also had a passion for opera and singing. 60 years after he died, his granddaughter will finally be able to combine both of these passions. 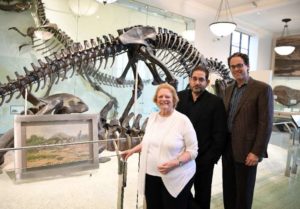 Rhoda will be playing an original opera with a chamber orchestra inside the Museum of Natural history in New York. The opera will be playing at the dinosaur hall of the museum where there will be the world’s first mounted sauropod dinosaur as well as a large Tyrannosaurus Rex. The opera is called “Rhoda and the Fossil Hunt” and will be focused on young Rhoda’s time with her grandfather at the museum when she was young. This will be the first opera ever performed in the dinosaur exhibition of the museum in New York. 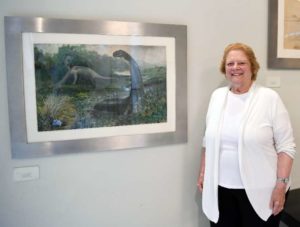 “My grandfather loved the opera and, as a matter of fact, he had a magnificent voice,” said Kalt. “Really, it was my whole childhood — coming here and being with the museum,” Kalt said as she sat on a bench beneath the dinosaurs and admired that prehistoric figures as well as the art that her grandfather made. Most of the audience that will be listening to the opera will be children visiting the museum. The opera was said to be condensed in a 20-min performance.