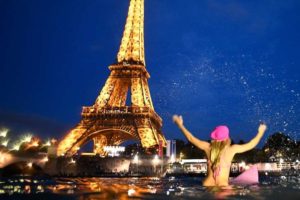 The Hawaiian native has been nicknamed as the protest surfer, but has also been called the female Indiana Jones. She got the moniker from Time magazine in 2015. Her latest trip in Paris was to urge the US President Donald Trump to reconsider his withdrawal from the Paris climate accord. She says that it is a very important issue that all of us should be aware of. Pictures of Teal on her surfboard beside the famed Eiffel tower have spread in social media. 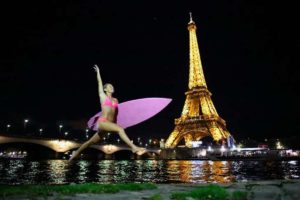 “If we don’t do something to protect our environment and prevent climate change before it’s too late, we’re going to be moving to Mars. And I’m not ready to surf on Mars yet,” she said in a statement.”I’m just paddling through the Seine River in support of the Paris climate agreement and I hope we all get on board to protect this world and keep this beauty around for our future generations.” The Paris agreement, also known as the Paris Accord, is an agreement within the United Nations Convention on climate change to deal with the greenhouse gas emissions for the next few years. The convention occurred in Paris on 2015.When President Trump took office in 2016, one of his first initiatives was to pull out of the accord.