In Starkville, Mississippi, a retired mailman by the name of Charles Evans is known for creating something special and beautiful in the memory of his beloved wife. Charles lost his wife Louise in 2011, after 60 years of marriage. Evans wanted more than just a gravestone to mark his late wife so he created a love museum to honor the life of his wife and the love that they shared together. 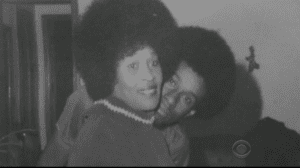 Charles met his wife Louise in 1949 and he says that he fell in love with her from the moment he laid eyes on her. To Charles it was “like electrical shock”. They spent the next 60 years of their lives together, which was filled with a lot of love and dancing. When she passed away, he decided to build her a monument. So in the outbuilding just outside their house, he built a museum to honor the love that they shared. The museum had everything from the shoeshine stand where he was working and where he saw her for the first time, to the music that they loved to dance to. He also posted all the pictures that documented the life they shared. 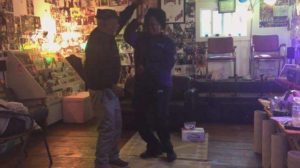 “I guess I’m trying to relive our life, wouldn’t you think?” he said. “I don’t know, it’s so hard to explain, you know. But it’s not a suffering memory. It’s a beautiful memory.” At first the museum did not get any visitors, which was fine with Evans because he made the museum for himself to remind himself of his beloved wife. But since the story aired about Evans and his love museum, he has several visitors, with some coming as far away as India. Some tourists have even asked him to dance on the museum dance floor. But on slow days, Charles just spends time in the museum to share a slow dance with Louise.