Why this photo of a Muslim-Jewish family is going viral

Hate speech is so common these days that it’s so easy to get preoccupied in all the negativity surrounding us, but there are moments of compassion and solidarity that captivates one’s mind and soul. It makes us realize humanity is above everything and the basic family values are shared globally. Amidst all the hatred, bans and more bans came a picture of a Jewish and Muslim family that were protesting together at the Chicago airport, their motive was similar to protest against the immigration ban. 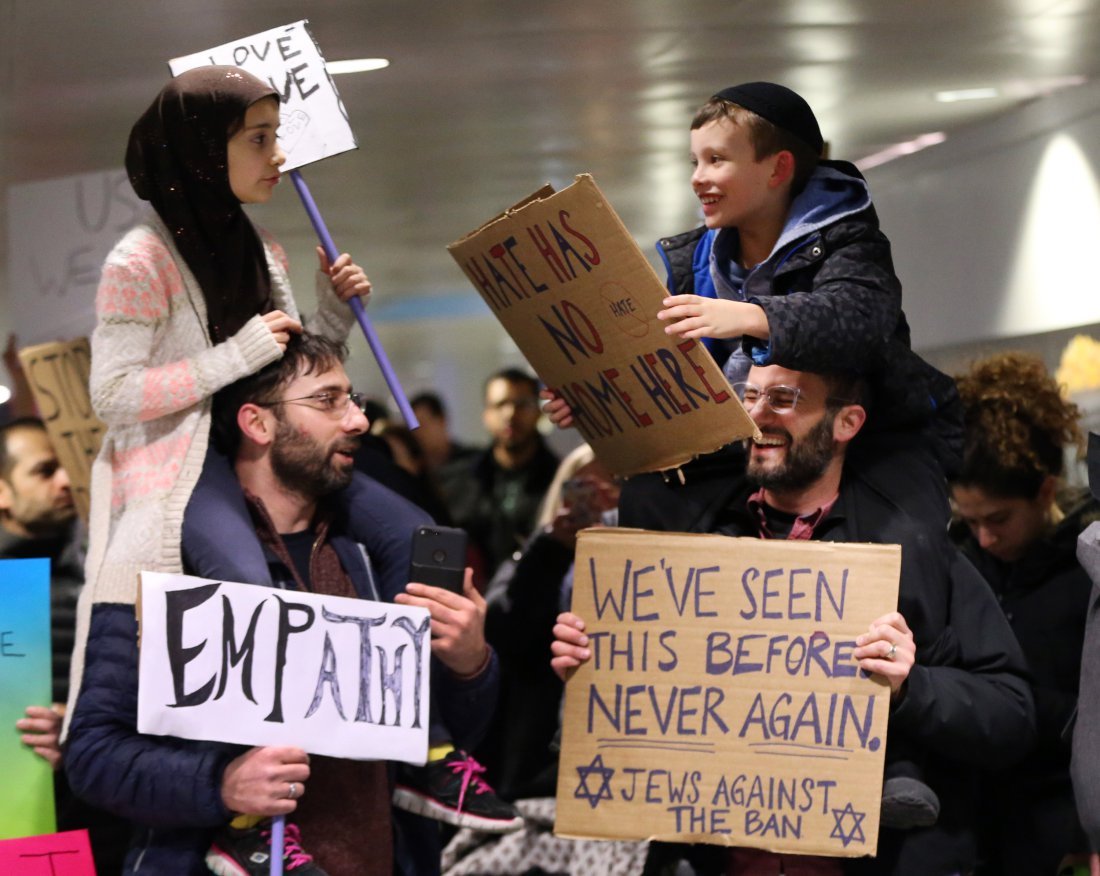 The photo is quite captivating, as it shows the kids of both the families, a 7-year old Muslim girl and a 9-year old Jewish boy sitting on their father’s shoulders protesting along them. This photo has affected many people emotionally and captivated their hearts. The message of empathy and saying NO to discrimination is so loud and clear, both the families share the same values of humanity and compassion that sees no boundaries and treats everyone as a part of the global human race.

The families got along well and decided to gather for a Shabbat dinner later in the week.

It shows that people no matter what region, religion, ethnicity they belong to are one, no one should be discriminated, persecuted, banned on the basis of their ethnicity–it only calls for more hate and there’s no end to it. A moment captured in this photo said a thousand words, and that’s why it became viral and received great response from people all over the world. More to hope, harmony and compassion!