“Who wants to be a Millionaire?” has a pretty simple premise to explain. Each contestant has to answer a series of questions to win money. Eventually, they will reach the final level and they get a chance to win cash prizes that could reach millions. Most of the questions in the first rounds are typically easy. Take for instance this one episode in the Turkish version of the show, where the contestant was asked where the Great Wall of China is found. It may sounds simply, but the young contestant didn’t think so. 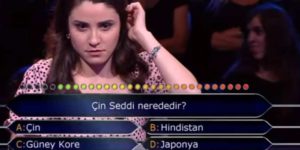 A 26-year old contestant Su Ayhan was asked the fourth question worth 3,000 Lira. The question was “Where is the Great Wall of China?”, and the options were China, India, South Korea or Japan. It’s a fairly straightforward question that the contestant didn’t seem to know. She used one of her lifelines to ask the audience, and incredibly, only 51% of the audience answered China. So Su used another lifeline, and thankfully and mercifully, the friend knew the answer was China. 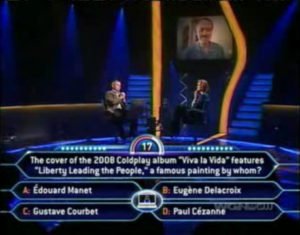 Su didn’t recover from this gaffe and got the next question wrong, ending her time at the show. But her time at “Who wants to be a millionaire?” has since gone viral, and Su (along with the audience) has become somewhat of a laughing stock in Turkey. Several people have been quick to blame the educational system of the country for such ineptitude.

“I hope many people in the audience failed to answer the question thinking it was too easy to be asked, setting a trap. Otherwise, this huge ignorance problem cannot be solved, even with our new Education Minister Ziya SelÃ§uk.” said Ahmet Hakan, a columnist at the Hurriyey Daily News.