One of the most popular schools in fiction and literature is the magical school of Hogwarts. The school, officially called the Hogwarts School of Witchcraft and Wizardry, is the school where popular character Harry Potter attends. Most students would jump at the chance to be able to see the school, let alone attend the magical place. But these teachers did exactly that, when they transformed their school into their own version of Hogwarts. 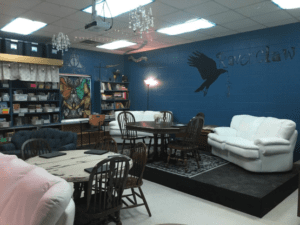 The teachers at middle school Parkside, a K-8 school in Cullman County, Alabama, all worked together to transform their small school into Hogwarts as best they could. They decorated all the classrooms and hallways to match the description in the books and movies. They placed great castle doors, ghosts, moving portraits, trees, and other magical details to make it look like a witch and wizard school. The project was led by Jacy Douglas, the English language arts and reading teacher, along with help from Tracey Jones, a math teacher. 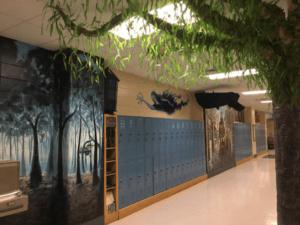 “There are several teachers in our school who are ‘Harry Potter’ fans, and Tracey and I had talked about this idea for several years before we actually attempted it. When we got the okay to start this project in earnest in the spring of 2017, we worked on the project for two summers in a row,” Douglas said in an interview.