For the upcoming Halloween celebrations, houses all over the world have been adorned with Halloween-themed decorations. And that includes one of the most famous houses in the world, the White House. The famous south portico of the white house has been covered in decorations for the holidays that include creepy spider webs and an ominous fog. 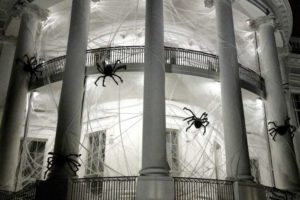 The White House also announced that it will open the South Lawn to trick-or-treaters the night before Halloween. Officials in of the White House have also decorated the residence with classic Halloween decorations such as hanging bats and lighted pumpkins. U.S. President Donald Trump and his wife, first lady Melana Trump, will be handing out cookies and other candies to the trick-or-treaters.

“During this event, trick-or-treaters will enjoy seeing the South Portico decorated in spider webs, creating a festive look and feel,” the White House said in a release. The first lady Melania Trump shared a photo of the decorations on her official Instagram account during the weekend. In the photo, Melania showed a unique view of the spider webs and the fog from inside the residence of the White House. 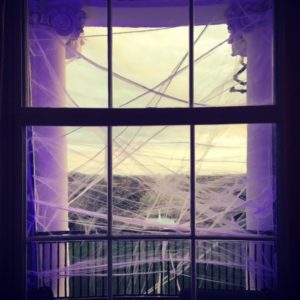 “The People’s House @WhiteHouse is ready to celebrate #Halloween2017,” wrote the first lady. Melania Trump’s Instagram account is under the name Flotus, which are the acronyms for “First Lady of the United States”. The White House has been known to host Halloween every year. Former President Barack Obama regularly handed out candy to local trick-or-treaters. This will be the first Halloween at the White House for President Donald Trump.