A 12-year old boy named Carl Tubbs was bullied in school for taking Irish dance lessons. Tubbs is in the 7th grade, and his classmates and schoolmates tease him for learning such an “uncool” dance. But Tubbs has regained his confidence in his dance when he got a chance to meet an actual NFL player who trains in Irish dancing to improve his football skills. 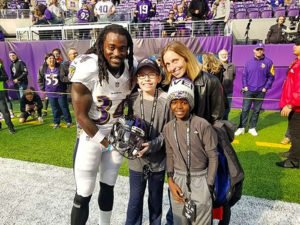 Tubbs has been taking Irish dance lessons for four years and has been teased about it when he was spotted practicing during recess. He felt shy and ashamed about it until he met Baltimore Ravens running back Alex Collins last week. The Ravens were playing an away game against the Minnesota Vikings when Collins reached out to Carl for a meeting, since Tubbs lived in nearby Des Moines. Collins read a tweet from Carl’s mom asking for words of encouragement for her son. 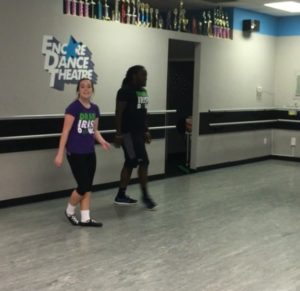 Carl’s mom, Joanne, saw that the Ravens were playing within driving distance in Minneapolis, so she bought tickets to the game when she heard from the agent of Collins, who offered them a chance to meet the running back. Collins met with Tubbs before and after the game. He also brought Carl footballs that were signed by the entire Ravens team.

Collins told Carl to “Just keep on moving forward and they’ll learn that picking on someone is not okay and eventually it will get better.” Tubbs has since said that a few kids who taunted him for his dancing have since apologized after they learned about his meeting with Collins.