Couple Gets Engaged Just As Their Plane Falls From the Sky

A couple was traveling on an Air Asia flight to Bali from Australia when the plane suddenly began to descend quickly. It was quite literally falling from the sky at the rate of 20,000 feet in just nine minutes. This sudden and horrific situation led one of the passengers to suddenly propose to his girlfriend. Luckily, the girlfriend said yes. Even luckier, the plane safely landed on the ground an hour later. 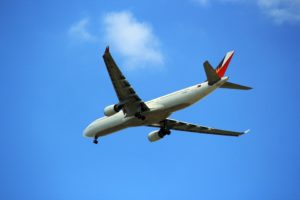 According to news reports, London lawyer Chris Jeanes was already planning to propose to his long time girlfriend Casey Kinchella from Australia. He was planning to do it sometime during their vacation in Bali. But when the plane started falling from the sky, his plans were suddenly changed. Planes often descend when the cabin loses pressure. The aircraft falls to cruising altitude so that passengers and breathe on their own. 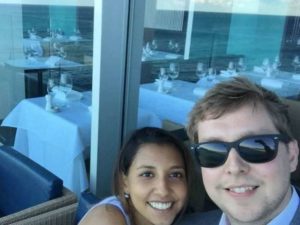 When the cabin lost pressure during the flight, oxygen masks fell from the ceiling and the flight crew was starting to panic. It didn’t look good from the passengers’ point of view. That’s when Jeanes decided that he might not get another opportunity, so he pulled down his oxygen mask and proposed to Kinchella, who said yes. An hour later, after the plane had successfully landed, the couple reconfirmed their commitment to each other as something they really wanted to do, and not just because they were in a life or death situation.

The airline has since apologized for the situation and has booked all the passengers from the plane for connecting flights to their original destination in Bali. There is also an ongoing investigation on the cause of the sudden descent of the plane.