When It Comes to Being Gay-Friendly, Women’s Sports Are Ahead of the Game

Soccer star Megan Rapinoe credits her team's success this year to this:  “You can’t win a championship without gays on your team,” she said. “It’s never been done before, ever.”

In this year’s women’s World Cup, there were more than 40 openly gay players and coaches—more than double the number who were out in 2015. The number would have been more if homosexuality wasn't criminalized in other countries. While women are more comfortable with being openly gay, the number of out players in the men's soccer league was dramatically lower. The trend continues at the Olympic level: At the 2016 Rio Olympics, there were at least 55 out athletes—more than at any Olympics before—44 were women.

When it comes to LGBTQ inclusivity, women’s professional sports are clearly superior to men's.

The lack of LBGTQ inclusion in men's sports is an age-old issue. “In competitive sport, male athletes who appear to lack aggressiveness…may find themselves labeled a ‘pansy’ or a ‘queer’ by their coaches and teammates.” 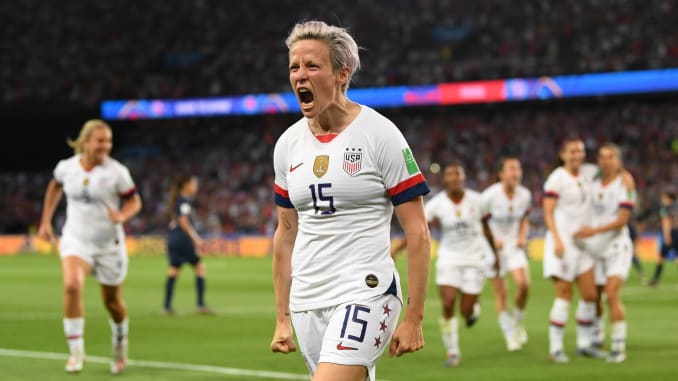