Wedding Rings Scattered by Tornado found among Debris Miles Away

Justin and Ariel Duke had just been married three months when disaster struck. A tornado hit their home town of Canton, Texas. Thankfully, neither of them was in any danger and their loved onesÂ were safe from any real harm. But the tornado destroyed their home and scattered their precious belongings for miles around the town. Among the most important personal items that were lost were the couple’s wedding and engagement rings. 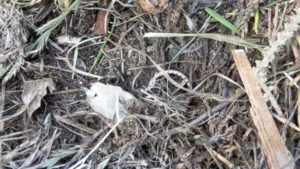 Despite the loss, the couple was still hopeful they could be found. After searching the area for a little over a week, they posted a request on social media asking for anyone that might find them in the debris to return the valuable jewelry. They even posted a picture of the rings for anyone that might stumble upon them in their own search for scattered valuables. That’s when Nathan Wright saw the photo online and decided to help with the search. He was a hobby metal detector and had the equipment and experience looking for valuable things through debris. 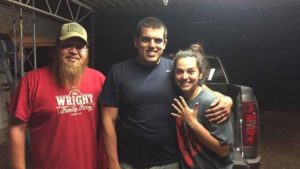 “It’s pretty hard to detect somewhere like that because there’s so much debris and metal spread everywhere,” said Wright. “Their place wasn’t even recognizable that a house was there. It was just broken wood and debris scattered over about 100 yards.” But just after three hours of rummaging through debris, Wright found Ariel’s engagement ring and her wedding band just a few yards away. According to Wright, when he gave back the jewelry to Ariel she “Screamed and bulldozed into me with a big hug.”