Earlier this week, a former royal marine announced that he would be selling his war medals to pay for a little girl’s cancer treatment. Matthew Goodman read about 4-year old Lottie Woods-John and her battle with cancer and decided that he would list his medals on eBay and donate the money for Lottie and her treatment. Lottie’s treatment would cost around $250,000. 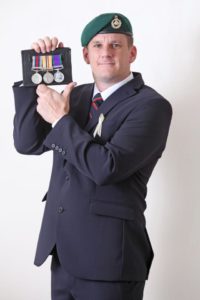 Lottie Woods-John was first diagnosed with stage 4 Neuroblastoma last year when she was only two years old. After the diagnosis, Lottie immediately underwent chemotherapy. Lottie also underwent a 13 hour operation to remove 95 percent of the tumor. Now the brave little girl is going through immunotherapy to remove the rest of the cancerous cells in her body. But she will also need a new vaccine treatment that is only available in the United States.

“As a father myself, I couldn’t imagine seeing my baby daughter, Freya, suffering like that and I knew I had to help in some way,” said Goodman, “My medals were just sitting in the drawer doing nothing, and I thought they could be used for something worthwhile. They were awarded for the sacrifices I made, but I’m happy to forgo that honor if it means helping a little girl in desperate need.” 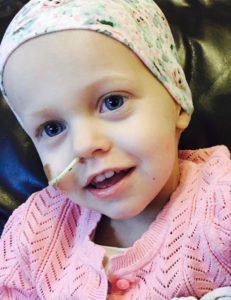 “Lottie has been given a 20 percent chance of surviving the next five years and there’s an 85 per cent chance of the cancer returning,” said Charlotte Woods, Lottie’s mother, “The vaccine treatment prevents the cancer from returning, so Lottie needs the cutting-edge treatment straight away, meaning we need the £200,000 imminently.”