In South Carolina, a baby girl that was born during the total solar eclipsed was legally named Eclipse by her parents. The baby girl, who is officially named Eclipse Alizabeth Eubanks, was born at 8:04 am and weighed 6 pounds and 3 ounces, and she was measured at 19 inches long. Baby Eclipse was born at the Greenville Memorial Hospital in Greenville, South Carolina, and was named after the rare solar phenomenon that occurred across the United States. 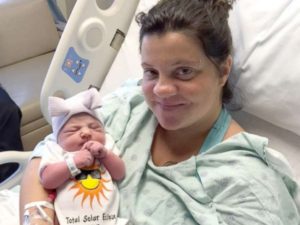 Baby Eclipse’s mother, Freedom Eubanks, actually gave birth prematurely. She was scheduled to give birth on September 3rd. South Carolina was one of the 14 States that was under the solar eclipse totality, meaning they would be able to witness the total eclipse, or the moon covering the sun. The 70-mile area spread from east to west, and everyone under the ribbon will be able to witness the eclipse with the help of viewing goggles or eye wear. Eubanks has another daughter, 2-year old Grayson, and they had planned to watch the eclipse together, but Freedom suddenly went into labor around midnight. 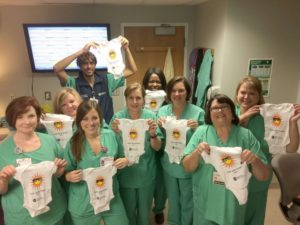 “I kind of felt like it was meant to happen, to have her on this day. I think it was just meant to be, her name. We’re probably going to call her Clipsey.” Eubanks said. The hospital had 11 babies that were born on the day of the solar eclipse. The hospital gave away an eclipse souvenir onesie to all the newborn babies born on eclipse day. Baby Eclipse was one of those babies. Eclipse’s parents, Freedom and Michael, had originally planned to name their daughter Violet. Eubanks family was first shocked with the baby girl’s unique name but they now think it’s a great name.