Video Games May Help Kids with Sensory and Attention Problems

The day may come when parents will actually be forcing their kids to play video games, instead of the other way around. In a recent study done at the University of California San Francisco, they have discovered that the right video game can actually help improve the attention span with kids who have sensory disorders or attention deficit disorders. This is because video games make it easier for them to process what they see and hear. 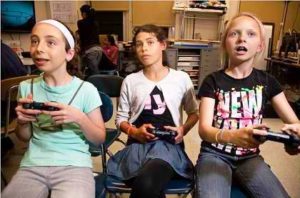 In the study, researchers studied 38 children with sensory processing dysfunction. These conditions can make these kids unusually sensitive to sound, sights, and touches. They study also focused on 25 other typical kids of the same age. For four weeks, the children were studied as they played specially designed video games to help with their sensory problems. They found that there was a definite improvement with at least 20 kids who had sensory problems. 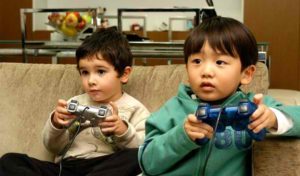 “Children with sensory processing dysfunction have differences in the way their brains are wired,” said Dr. Elysa Marco, the senior study author. “We think that there are differences in not only the wiring for sensory modulation but also for what we call cognitive control which includes the ability to sustain attention even in the face of distraction.”

The University of California San Francisco and Akili Interactive Labs have developed a game on a platform called Project: EVO. The research looks into how EVO can be used as therapy for children with attention dysfunctions and impairments. The game is designed to help strengthen cognitive function and helps develop brain processes and how children think. The children in the study ranged from 8 to 10 years old. They were asked to play EVO for 25 minutes for five days a week.