For decades, art historians have debated about the identity of a friendly smiling young man in one of Van Gogh’s most celebrated paintings. The artists did one of his best works in the grounds of the mental asylum Saint Paul de Mausol, in Provonce, France. He was sent there after he famously cut off his own ear. It was at this asylum that he painted the portrait of a man in a garden. 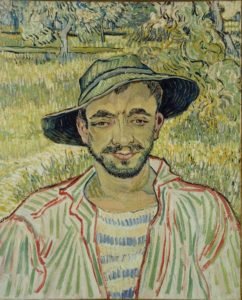 The man in the painting entitled “Portrait of a Gardener” has recently been identified by British art historian Martin Bailey. The famous painting is held in Galleria Nazionale d’Arte Moderna e Contemporanea in Rome. The man was identified as Francois Poulet, who worked at the asylum as an orderly and carriage driver. He often accompanied Van Gogh outside the asylum when he would paint the Provencal landscape. 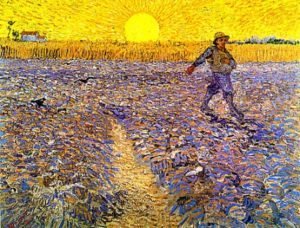 Poulet would have been one of Van Gogh’s friends and spent time with him when he tended the gardens in the grounds of the asylum. Bailey found a note by the grandson of an orderly that worked at the asylum, who wrote about the painting. Bailey found a man that matched the description in the time and place and that it was very likely to be the man who did the gardening and landscaping work at the asylum.

Bailey described the painting if the gardener as possibly “The finest portrait painted by Van Gogh at the asylum.” It is also recognized as one of the best portraits that Van Gogh ever made.