US Pageant Features First Woman with Down Syndrome

Earlier this week, a young woman with Down syndrome made history by becoming the first woman with a disability to officially compete in a Miss USA state pageant. Pageantry is a really cut throat business and competition, and it has had a reputation for being shallow and superficial. But this recent historic event has shown that it can also have heart and depth, even if it is for one night for this special contestant. 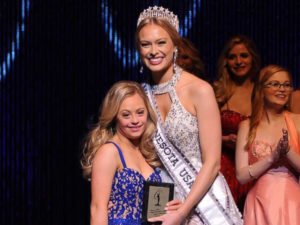 The young woman was 22-year old Mikalya Holmgren. She participated in the competition in the Miss Minnesota leg of Miss USA pageant. While she didn’t win the crown, she took home a special Spirit of Miss USA Award and also the Director’s award. The director’s award recognizes a young woman that stood out in the pageant despite not winning the event. Holmgren was awarded the prizes by the eventual champion, where she was also given a standing ovation from the crowd at hand. 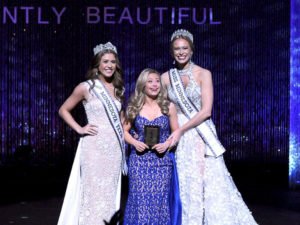 “It’s really fun,” she said. “As I do more pageants and I’m really proud of myself, this is my dream. I’m really good at them because it’s my passion.” Mikayla said. Mikayla has joined junior pageants and was even crowned as Miss Minnesota Junior Miss Amazing in 2015.

“Anybody that spends even five minutes with her knows that she is the right person to be the first to represent a community of people that need to see themselves doing something like this,” said the competition’s executive director Denise Wallace.